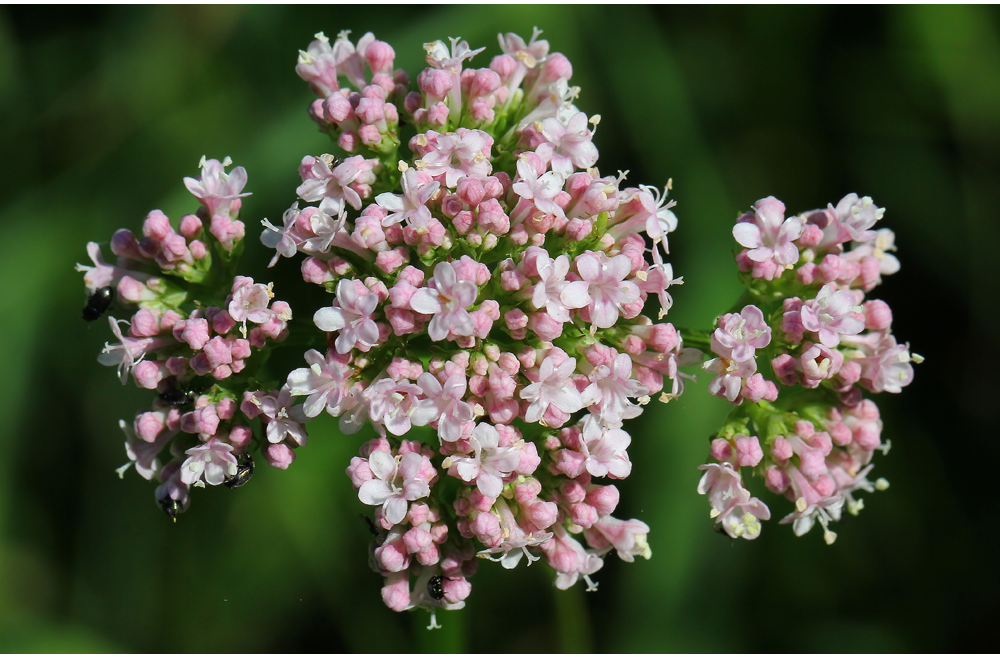 The majestic Valerian officinale is as beautiful as it is useful. Behind a foliage full of small white or pink flowers hides a first aid pharmacy. This mild sleeping pill is ideal for people who are anxious, addicted to tobacco, as well as all the other plants and animals in your garden.

Hippocrates used it to calm nervous people. On Pliny's advice, the Romans used it against palpitations, arrhythmias and muscle contractions. Hildegarde de Bingen also praised its soothing and sleeping properties.

In the 16th century, Europeans treated epilepsy with valerian. On the other side of the Atlantic Ocean, Amerindians also calm epileptic seizures by taking root powder, and heal wounds with poultices or decoctions. Valerian was widely consumed during the last two world wars to relieve nerve damage.

Valerian (Valeriana officinalis), a perennial flowering plant from the Valerianaceae family, native to Europe and parts of Asia and now naturalized pretty much throughout the world. Though valerian is well known for its characteristic pungent smell, often compared to stinky feet or rotten cheese, it has also long been revered by herbalists throughout the world for its powerful, broad-spectrum therapeutic properties. Indeed, valerian has been used since the second century A.D. to treat migraines, insomnia, menstrual cramps and various forms of nervous disorders.

Today, valerian, which exerts a relaxing and calming effect on the central nervous system, is widely recognized and valued for its potent sedative and hypnotic properties. It is most often used as a mild sedative and tranquilizer with an efficacy comparable to that of benzodiazepine medications such as diazepam (Valium). As a matter of fact, studies have shown that valerian effectively relieves insomnia and reduces symptoms associated with stress and anxiety, without the potential for adverse reactions, thus constitutes both an effective and a far safer option to prescription medications.

Also possessing potent analgesic qualities, valerian has a profound effect on the smooth muscle groups, and is therefore a great treatment solution for pain associated with irritable bowel syndrome, migraines, joint conditions and menstrual cramps, among others. Further, valerian is a first rate option to help people wean off of benzodiazepines (as part of a detailed step-down protocol in collaboration with the treating physician).

The chemical composition of valerian includes sesquiterpenes in the volatile oil (including valeric acid), iridoids (valepotriates), alkaloids, lignans, and free amino acids such as gamma-aminobutyric acid (GABA), tyrosine, arginine, and glutamine. The root also contains physiologically active glucosides, alkaloids and resin in the fresh rhizome. Although the sesquiterpene components of the volatile oil are believed to be primarily responsible for most of valerian’s medicinal qualities, it is far more likely that it is the combination of all of the active constituents that act synergistically to yield the plant’s powerful therapeutic effects.

It is worth mentioning that research has confirmed that valerian does not affect psychomotor functions including reaction time, alertness and concentration the morning after intake, and does not cause impairment of vigilance such as seen with the use of benzodiazepines. Finally, valerian does not produce morning after grogginess, is neither habit forming or addictive nor does put you at risk of anterograde amnesia. As such, valerian constitutes a perfect natural solution for the treatment of sleep disorders and nervous conditions, with an exceptional tolerability and an excellent safety profile.

Valerian is often used as a mild tranquilizer for people experiencing anxiety and emotional stress. Indeed, valerian works by increasing the amount of the inhibitory neurotransmitter GABA (gamma aminobutyric acid) available for neurotransmission in the brain. GABA in fact, is intimately involved in our reaction to anxiety and stress, and the more is present in the brain, the more powerful its soothing effects. These effects on GABA receptors not only help to lower anxiety and stress levels, but at the same time promote a sense of calm and relaxation. Prescription drugs such Xanax and Valium work similarly, by increasing the amount of GABA in the brain, but come with a long list of contraindications and potential side effects.

Valerian contains an important class of compounds called valepotriates and valeric acid which are capable of binding to the same receptors in the brain as the prescription medicine Valium. Although Valerian has not been scientifically studied specifically for its use in menstrual cramps, research has shown it to quickly and effectively relax spasmodic contractions in smooth muscles, such as intestinal, uterine and other muscles. Indeed, in clinical practice, valerian is usually a significant feature of an alternative medicine approach to painful menstruation (dysmenorrhea).

Pain can effectively be relieved, reduced or controlled with the use of valerian root. Indeed, the numbing effect that valerian exerts on the brain has scientifically shown to relieve headaches and migraines. Further, valerian relaxes and soothes muscles, thus is of great use to help appease muscle pain, arthritis and joint pains are various other acute or chronic pain conditions.

Modern scientific research has confirmed that valerian improves deep sleep, sleep latency (time to fall asleep), and overall quality of sleep. Indeed, science has noted that valerian root exerts a hypnotic action in both normal sleepers and insomniacs, indicated by a beneficial effect on sleep latency, wake-time after sleep, frequency of waking, nocturnal motor activity, inner restlessness and tension and quality of sleep.

Valerian root is a wonderful standalone approach to sleep disorders, stress and anxious conditions. It may also be paired with other plants and supplements that exert a calming, sedating effect on the brain and/or central nervous system. Indeed, valerian root is most often combined with other herbs, such as hops (Humulus lupulus) and lemon balm (Melissa officianalis), to treat insomnia. It is also a great pairing with Glycine, L-Theanine, 5-HTP, Magnesium and Melatonin. 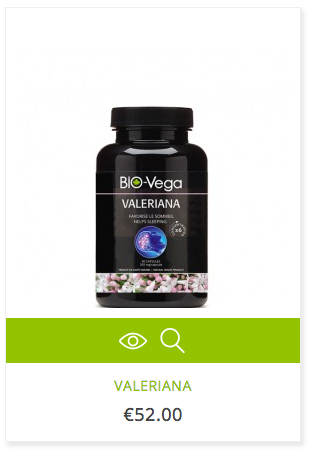