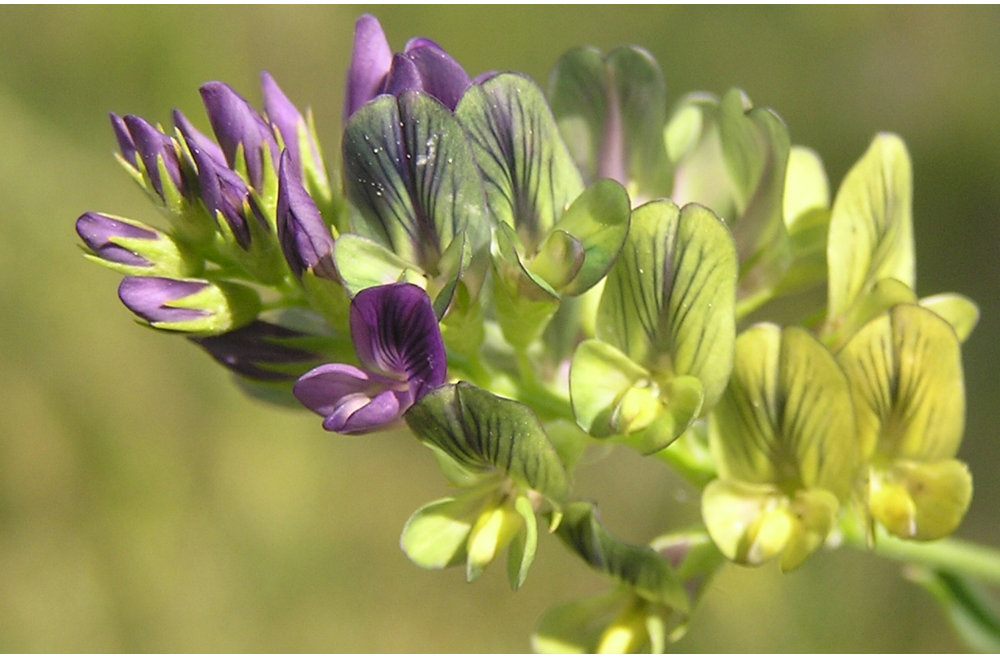 Modern food is so low in nutrients that it is no longer enough to feed us well and provide everything our body needs to protect itself. Depending on the deficiencies of minerals, trace elements, enzymes or vitamins, problems will arise: fatigue, stress, dizziness, digestive disorders... It is to supplement a diet that is too poor that Bio-Vega has launched a natural health product based on alfalfa, a kind of clover whose revitalizing effect has been used for centuries.

With a remarkable nutritional profile, alfalfa is an excellent protein source and contains more 300 nutrients and phytonutrients. It is also rich in vitamins such as beta-carotene, vitamins A, B1, B2, B5, B6, C, E and K, as well as a good source of minerals such as calcium, iron, copper, magnesium, potassium, phosphorous, and sulphur.9 essential amino acids, as well as various bioflavonoids.

Traditionally, alfalfa was used mainly as a tonic fortifying, while its leaves were used mainly to stimulate appetite, relieve indigestion and heal ulcers. Alfalfa seeds were used as a topical application to treat wounds and to relieve pain. Alfalfa has also long been recognized as an outstanding detoxifier to help eliminate toxins from the body.

Thus, thanks to its mild laxative and diuretic properties, alfalfa can help eliminate toxins from the intestines and urinary tract, reduce water retention and stimulate the production of red blood cells. Today, thanks to its nutritional richness, alfalfa is first and foremost used to protect cells from damage caused by free radicals and prevent the development of degenerative diseases.

In addition to the multiplicity of vitamins, minerals and amino acids that are easily assimilated, alfalfa contains chlorophyll. Also known as "plant blood", chlorophyll contains components very similar to the hemoglobin in human blood. All the essential elements for life are present in this liquid, which also acts very well for the regulation of the acid-base balance.

Chlorophyll has the ability to clean the body from the inside, eliminating not only bad breath, but also multiple other body odours. In fact, observational studies from the 1940s and 1950s have shown that topically applied chlorophylline has profound deodorant effects on fetid wounds. Clinicians have begun to recommend oral chlorophyll to their patients with colostomies and ileostomies to control fecal odour. Indeed, the "PDR for Nutritional Supplements", a directory of nutritional supplements for physicians, describes the indications for chlorophyll as follows: "... .. use as an aid to reduce the odour of a colostomy or ileostomy; to be prescribed to reduce the faecal odour due to incontinence. " The PDR further states that chlorophyll used in topical application can "... reduce odours from wounds and surface ulcers."

Environmental pollutants such as heavy metals can quickly compromise health. Chlorophyll and chlorophyll-rich plants, such as alfalfa, bind to heavy metals to prevent their absorption. Research has even shown that it can do the same with some carcinogens.

Indeed, a study conducted on human volunteers evaluated the ability of chlorophyll to remove aflatoxin from ingested aflatoxin, a known carcinogen. Each volunteer received three servings of aflatoxin, followed by a meal, the last two of which included a chlorophyll tablet. The results showed a rapid elimination of the carcinogen, and a 95% evacuation within 24 hours. Another recent study showed that colon cancer cells undergo cell cycle arrest after chlorophylline administration. This represents a potential new pathway for chlorophyll/chlorophylline in oncology.

These results suggest that chlorophyll can be an effective way to help manage hunger and promote weight loss as part of an overall weight management program.

Chlorophyll and its derivatives are known for their powerful antioxidant activity. Indeed, the consumption of leafy green vegetables, rich in chlorophyll, is associated with a reduction in the risks of certain cancers and diseases related to aging and caused by free radicals. Research has shown that chlorophyll and its derivatives have antioxidant activity at least as potent as that of vitamin C, while inhibiting reactive oxygen species and protecting mitochondria from oxidative damage caused by various free radicals.

Chlorophyll stimulates the regular movement of the intestines, thus supporting intestinal health and, by extension, improving digestion. Chlorophyll is thus a natural and effective solution to intestinal complications and helps to regenerate tissues, including those inside the digestive tract. In fact, research has shown that chlorophyll promotes colon cleansing by reducing the cytotoxic effects caused by dietary haem. In addition, chlorophyll prevents the production of colonocytes, relieves constipation, gas and flatulence. Finally, more recent research suggests that chlorophyll may also help to maintain a healthy intestinal flora. 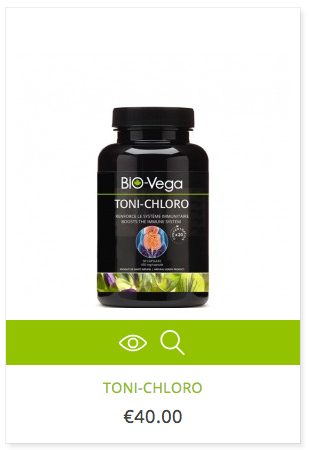