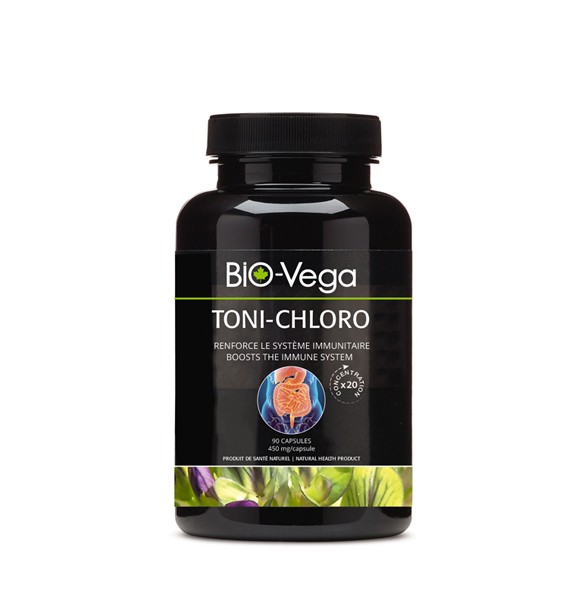 Boosting your immune system is one of the best ways to protect yourself from diseases, including colds, flu and more serious conditions!

Chlorophyll is a surprising nutrient well known and respected as a natural detoxifier and body deodorant. Furthermore, chlorophyll provides a significant quantity of antioxidants to help protect the body’s cells against damages caused by free radicals (anticancer property).

• if you take anticoagulants.
• if you are following a hormone replacement therapy (HRT) or if you take contraceptives. 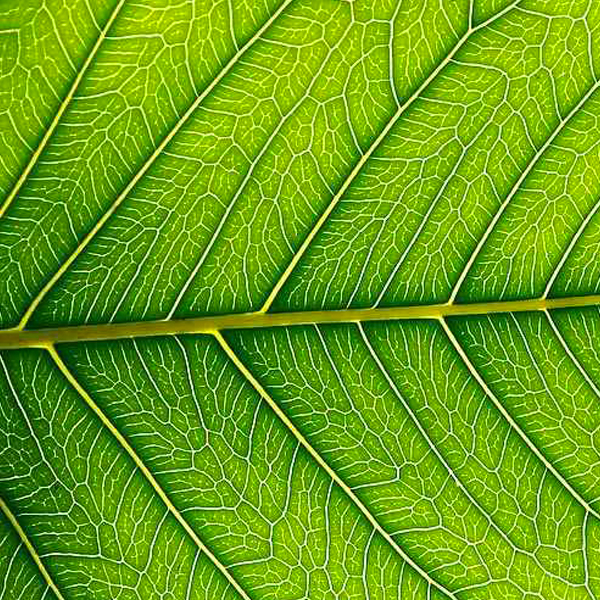 The chlorophyll in our capsules is an extract of Chlorella vulgaris, a unicellular alga that was discovered in 1890. Its wealth of nutrients quickly attracted the interest of scientists. It contains substantial quantities of lipids (polyunsaturated fatty acids), proteins, chlorophyll, carotenoids and vitamins.

Chlorophyll is a green pigment that can be found in most plants. Its name is derived from the Greek words chloros (green) and phyllon (leaf). It is used as a food coloring and as an alternative medicine. It has been studied for a range of therapeutic effects, which include stimulating the immune system, helping to fight anemia, purifying the body, cleansing the intestines, detoxifying the liver, fighting bad breath and body odor.

However, it is mostly known for its antioxidant property for which it is now largely used. Antioxidants work to neutralize free radicals in the body which damage healthy cells. 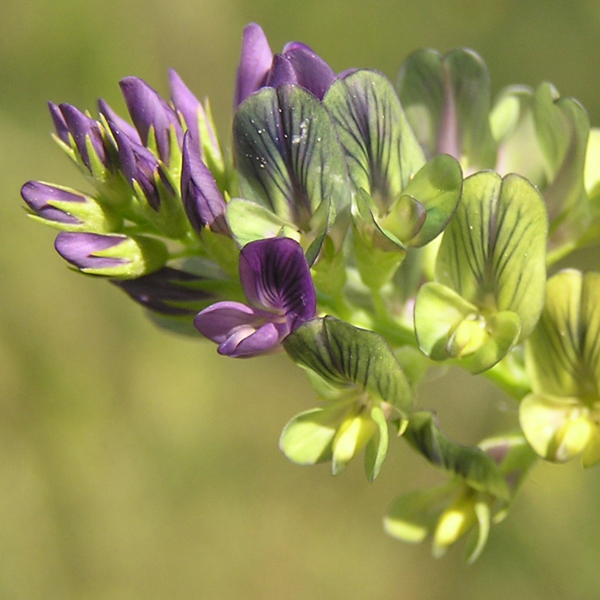 Alfalfa, or Medicago sativa L., is a plant originally from Central Asia, where it was widely cultivated by Arabs for animal feed, particularly by horse breeders.

Today, alfalfa is grown worldwide ; in North America, in particular, it is cultivated to provide quality feed for livestock. Alfalfa is one of the plants with the highest protein content (over 25 %). Traditionally, alfalfa was also grown for its honey yielding and medicinal properties. Some sources refer to the use of alfalfa for relieving arthritis, osteoarthritis, menstrual irregularities, diabetes and as a treatment for loss of appetite and digestive disorders.

It has also been used in China and Ayurvedic medicine for its effects on digestion. Today, alfalfa supplements are popular for their rich nutritional content, which includes elevated levels of protein, vitamins, and minerals. Alfalfa also contains antioxidant compounds, which protect cells from damage caused by free radicals, and can prevent diseases related to aging. The antioxidant activity of alfalfa is reported to be one of the highest in the legume family, ahead of spinach. Alfalfa also contains coumestrol, a compound with an action similar to estrogen. Coumestrol can halt the loss of bone density and can promote bone remineralization. Alfalfa is therefore categorized as a phytoestrogen. Finally, alfalfa is known to contain saponins, which have beneficial effects that are only beginning to be understood. Saponins appear to act on cholesterol levels, but the scope of their activity is not yet well-defined.

BIO-Vega’s TONI-CHLORO capsules therefore combine chlorophyll and alfalfa to provide antioxidants as well as serve as a nutritional tonic.