Sleep takes up a third of our lives! Essential for the recovery of our physical and mental strengths, it is essential to a good quality of life. Knowing how to identify the causes of sleep disorders will help you to adopt the right behaviour and reduce discomfort.

Large plant with a distinctive odor, valerian has been a favorite of herbalist and other practitioners for its multiple therapeutic properties for a long time. Indeed, valerian has been used for thousands of years to treat sleep disorders, stress and anxiety.

• if insomnia persists beyond 3 weeks (chronic insomnia).
• if symptoms persist or worsen.

Consumption in combination with alcohol or any other natural health product with sedative effects should be avoided. 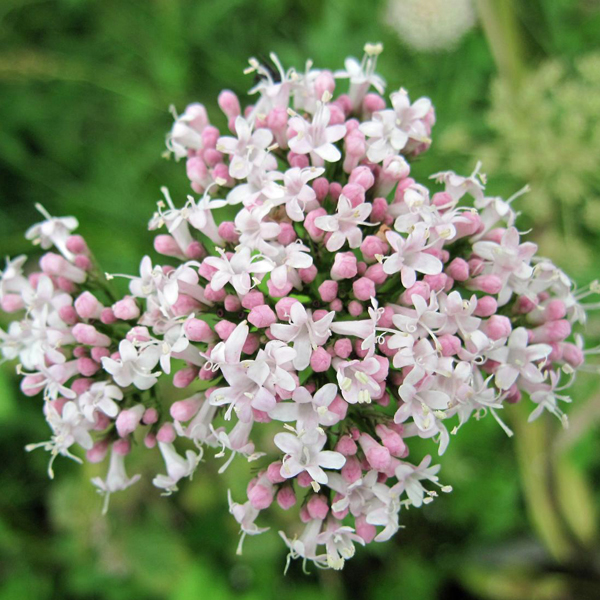 Valerian, or Valeriana officinalis, is a plant native to Europe and northern Asia, and today naturalized all over the world. It was prescribed in Ancient Greece for treating insomnia. Romans for their part, used it to combat palpitations and arrhythmias. In Europe, valerian was recommended during the Middle Ages as a tranquilizer and sleeping pill, and toward the end of the 16th century, for treating epilepsy. It was also for this purpose that Amerindians used it in America.

The popularity and virtues of valerian have not diminished over time; it is still commonly used in herbal medicine to treat stress, anxiety, and insomnia.

Valerian was shown to promote sleepiness in a double-blind, placebo-controlled trial, where 8 participants with mild insomnia were given valerian extract.

Other double-blind studies have shown that valerian is more effective than placebo, and that it is as effective as classical pharmaceutical treatments for insomnia.

The use of valerian for treating restlessness, anxiety, and sleep disorders is recognized by the German Commission E, ESCOP, and the World Health Organization (WHO).