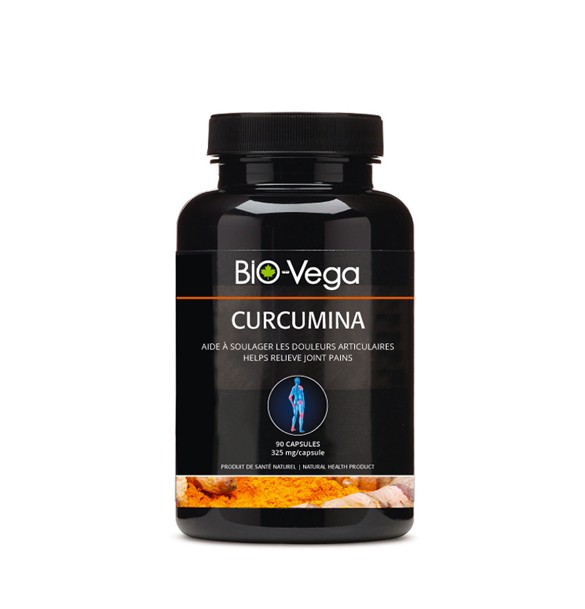 Joint pain is often due to osteoarthritis, a progressive wear and tear of the joint or to rheumatoid arthritis, an immune attack on the joint (in these cases, see the corresponding condition in the present guide for more targeted recommendations). In other cases, joint pain is transient, due to an unusual solicitation of the joint or to a particular effort, for example an intense physical activity to which the body is not used to, or to a long morning of gardening.

Native to southern Asia, Curcuma longa, similarly to ginger, is used both as a spice in food, as well as revered for its many potent therapeutic properties. It is used in particular in herbal medicine as an anti-inflammatory to relieve joint pains and flatulent dyspepsia.

• prior to use if you have gallstones or a bile duct obstruction.
• if you are pregnant.
• if you have  stomach ulcers or excess stomach acid.
• if symptoms persist or worsen.

Turmeric is a plant that originates in South Asia and whose culinary usage is widespread. The spice powder derived from the dried rhizome is in fact one of the main ingredients in curry and is widely used in India. Turmeric has also long been used as a preservative, before the spread of synthetic preservatives. It has also been used as a colouring agent and a dye. Apart from these uses, its therapeutic benefits are well known in Asian medicine, particularly in Ayurveda, but also in Chinese, Japanese, Thai, and Indonesian traditional medicine. Turmeric is principally used to treat digestive problems, due to its capacity to boost secretions of bile. Recent research has focused on certain constituents of turmeric and has shed light on the remarkable anti-oxidant and anti-inflammatory properties of this plant.

Among the constituents of turmeric are three notable curcuminoids :
• curcumin (diferu-loylmethane, which gives its characteristic yellow colour) ;
• demethoxycurcumin ;
• and bisdemethoxycurcumin.

While much research on curcumin has focused on its anti-oxidant and anti-microbial properties, a number of studies have also established its anti-inflammatory effects and provided insight into understanding its mechanisms of action. Thus it has been shown to interact with a number of molecular targets implicated in inflammation. Curcumin thus modulates inflammatory reactions by negatively regulating the activity of cyclooxygenase-2, lipoxygenase, and iNOS (inducible nitric oxide synthase), by inhibiting the inflammatory cyto- kines TNF  (tumour necrosis factor alpha), the interleukins IL-1, -2, -6, -8 and -12, MCP (monocyte chemoattractant proteins), etc. This remarkable anti-inflammatory activity is especially useful in the context of rheumatoid polyarthritis.

The many virtues of turmeric, including in particular its antioxidant and anti-inflammatory, explain the growing interest it has experienced in recent years in the fields of research and health, and make it an outstanding ingredient within present natural health products.

In the process of digestion, food is broken down and transformed in the digestive tract into nutrients that can be absorbed by the intestines. As the nutrients traverse the intestinal lining, they are distributed into the blood stream. Dyspepsia is a functional digestive disorder that does not have any known pathological cause but is due to a disturbance of the digestive apparatus. It produces symptoms of discomfort in the abdomen accompanied by bloating and intestinal gas (flatulence). Dyspepsia affects 25 % to 40 % of adults. Overeating and an unhealthy diet are the primary causes of digestive discomfort. Further, in some people, the consumption of foods and drinks like coffee, carbonated beverages, alcohol or spicy foods can irritate the digestive system and provoke discomfort. The use of turmeric as a hepatoprotectant (protects the liver) is also recognized by Health Canada. The effectiveness of turmeric rhizomes in treating dyspepsia is also recognized by Health Canada, and by Commission E and the World Health Organization. One clinical trial has shown the effectiveness of turmeric, compared to placebo, in soothing digestive problems with a dose of 500 mg, 4 times per day.